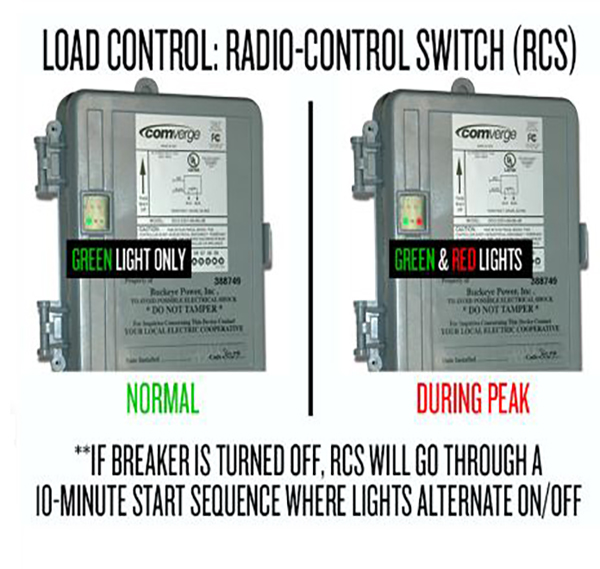 A Peak Alert is issued due to high temps and energy use.

For appliances equipped with radio-control switches (RCS) including:

Thank you for using energy wisely during peak times, your participation/conservation helps hold down energy costs for the co-op and fellow members.

When Do Peak Alerts Occur?

Peak alerts typically occur in the warmest summer afternoons, usually between the hours of 1 p.m. and 7 p.m.

How Can I Help During Peak Times?

It is a simple philosophy:

Can I Tell if the RCS is Being Controlled During a Peak Alert?

A load control period is indicated by the RCS when both green and red LED lights are illuminated on the left side of the RCS. 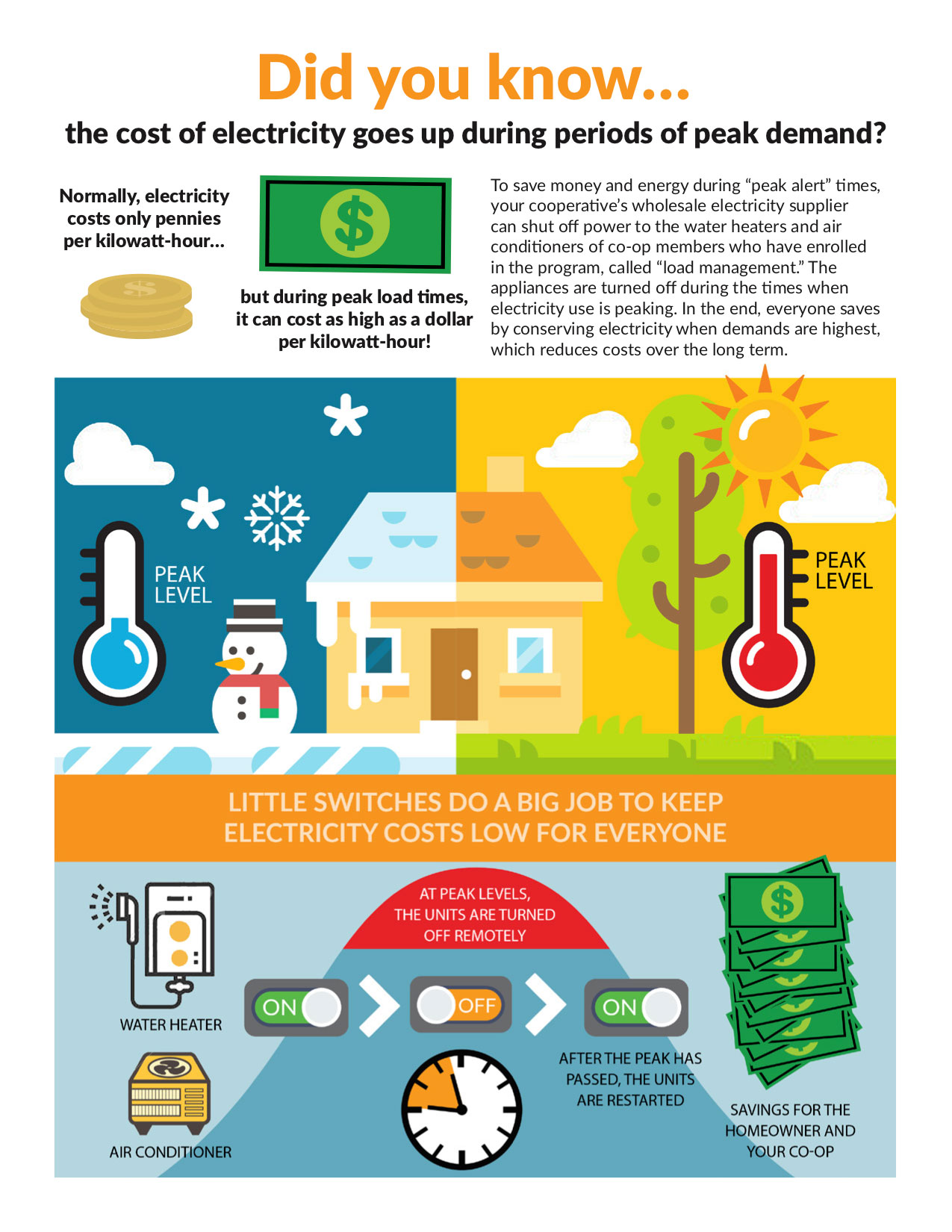