In the spring of 2001, a very young Will Culbertson was a kindergartner at Fairbanks elementary school, peddling a bike around Safety Town. Fast-forward 21 years and Will is now an apprentice line tech for Union Rural Electric (URE) and one of many volunteers with the Safety Town program, helping the next generation learn to navigate the world safely.

The path to becoming a lineworker is varied. Some know from an early age what their career aspirations are, while others take multiple detours on the way to finding their passion. Will’s journey began as a hydraulic technician.

He says, “After spending three years working in a shop, I realized I really missed working outside. I wanted a rewarding career that I could be proud of.”

Will joined URE in June 2020 as a groundworker. He is currently enrolled in the 5-year apprentice lineworker training program and has found his perfect fit. Will really enjoys giving back to the community and being a part of educating young students with URE’s Power Town demonstration.

Sean Luellen, URE crew leader, began his career as the warehouse coordinator. Sean also knew this wasn’t the path he wanted to stay on, and he was looking to change jobs.

“In 2004, I had become close with Dana Springer, URE crew leader — I would go 4-wheeling with his family on the weekends. He knew I was looking to leave URE and asked me to dinner one night. He told me that I needed to stay here because I wouldn’t find a better place to work. The URE line department was hiring an apprentice lineman in June, and he thought I could make a good lineman. He saw that I had potential to be a lineman even though I didn’t see that in myself. Dana scheduled my assessment. Though I performed well at the assessment and the interview, I was not chosen as the top candidate.”

“About a week after the assessment, the VP of engineering scheduled a meeting. I thought it had something to do with the warehouse, but to my surprise, it was about the assessment. He told me that there were a couple of lead guys who put a good word in for me and that I had performed well. He wanted me to know not being chosen for the apprentice position was not failure. He asked me how serious I was about wanting to become a lineman. I replied that I felt that it would be a good fit for me, and Dana gave me the confidence to pursue it. Much to my surprise, my VP told me if I really wanted to be a lineman then there would be a spot for me starting in January of 2005. So, on January 3, 2005, I became an apprentice lineman.”

Robert McClintock, URE safety coordinator, had a more direct route to his career. In 1976, he enrolled at a vocational school to learn linework. In 1978, he was hired as a contractor building new lines for URE. In 1988, he was hired by URE as a journeyman lineworker and quickly became a crew leader.

“The education and safety for URE employees, our members, and the general public rank as a high priority of URE. In 2000, I became the safety coordinator, and one of my roles involved educating the public with the safety demonstrations. Since 2002, I have conducted hundreds of demonstrations and enjoy educating the community about electrical safety. That first safety trailer is over 20 years old and is still in service at another cooperative.”

Whichever way they got here, URE is thankful that these members of our team chose to make their careers serving our members. Each URE employee is an integral part of providing safe, reliable electricity and improving the quality of life in our communities. 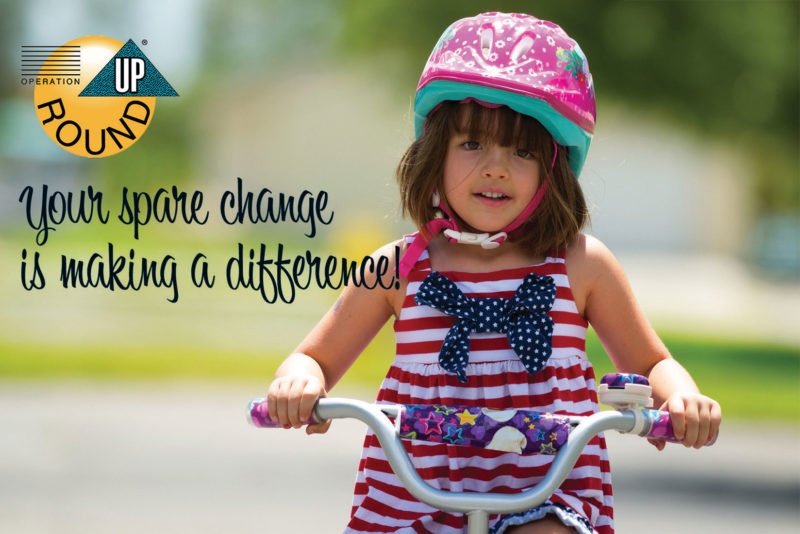 URE has a comprehensive safety demonstration program suitable for all ages and organizations, available within our service territory. Educating our members about how to use electricity safely and wisely is important to us. We teach how to prevent electrical accidents in the home and about the dangers of power lines. We want you and your family to learn to be safe around electricity. If you would like more information or to schedule a demonstration for your group, contact our office at (937) 642-1826.

This real-life display has actual poles, transformers, and power lines to demonstrate how electricity works and how power outages happen. It’s a step into a lineman’s day on the job — whether it’s a normal day or working to restore power.

Power Town is a tabletop demonstration with live electricity, depicting how electricity is used and what can happen if you don’t stay safe.

Each kindergarten student who attended Fairbanks Elementary’s Safety Town received a bicycle helmet courtesy of grants from the American Academy of Pediatrics, Put A Lid On It, and URE’s Operation Round-Up.